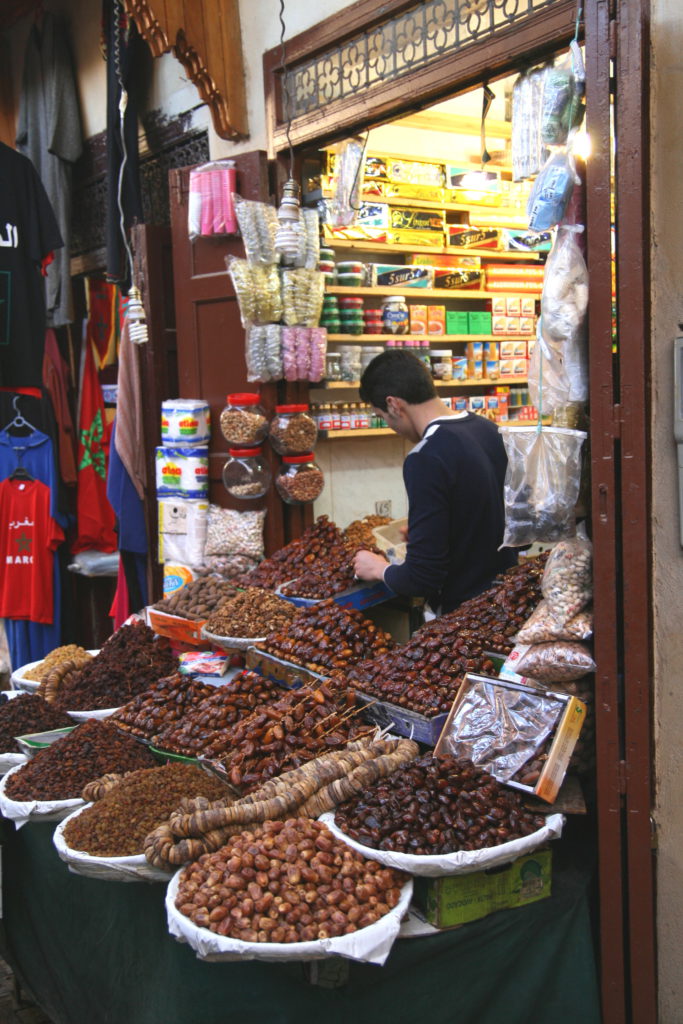 We went to Morocco in 2010 and were absolutely inspired by their use of fruits and nuts in their cooking. I have chosen a photo of a dried fruit stand in the Fez market for several reasons. The first reason was that I learnt about tagines both as a cooking style and presentation at the table in Fez. Tagines are slow- cooked in the base of the tagine over a very small coal fire. They use the older, tougher, meats because they are slow cooked and the meat will break down under the steam circulating in the conical ‘hat’ of the tagine. The addition of fruits, such as apricots, dates and figs, and nuts, usually almonds, and spices such as cumin, round out the dish and give it the unique flavours. These types of dishes lend themselves to slow-cooking in the oven or on the stove top. My Moroccan lamb with kumara was inspired by this visit.

The second reason is that, whenever I see any image of Fez or reference to it, I am reminded of the kindness of an old gentleman who was sitting at his ease in the sun near the citadel gates just outside this indoor market. We were going up to walk around the ramparts and he greeted us in excellent English. We, of course, had been talking as we were walking. He asked if we were Australians and, of course, we said ‘yes’. He then asked if we had relatives in danger of the destructive floods then happening in Brisbane and the nearby Lockyer Valley as the result of a freak storm. We were quite taken aback by his knowledge of Australia and thanked him for his question. We assured him that all our relatives in that area were safe but that there had been enormous destruction. He left us with a wonderful feeling of camaraderie and reminded us that we all live in the same world no matter how far apart our homes are. I have a very different attitude to Morocco now as this was not the only such encounter we had.
The staple foods in Morocco are couscous with slow-cooked meat, usually beef and goat or trimmed lamb but also chicken which is also roasted. Seafood is available on both coasts but their best is exported so be careful. These dishes are, generally, flavoured with dried ingredients including saffron, cinnamon, paprika, pepper, nutmeg and many others. If you are offered some meat done in ras el hanout, enjoy it as this is a specialty of 27 different spices unique to Morocco. These dried spices are always safe.
The best part of Moroccan cuisine for those of us on warfarin is that usually only fruit, nuts and some limited vegetables are put into the tagines and no thickening agents such as okra are included. The rest of the vegetables, cooked and uncooked, are placed on the table around the main dish. This means that you can choose what you want to eat. You usually spoon your choice of food onto your plate and because the tagines are usually quite a dry curry, then eat with your fingers by using the bread to pick up the food in bite-sized mouthfuls. It is fun and needs a bit of practice but is worthwhile.
Fresh bread daily is traditional and thoroughly enjoyable. Fresh fruit is usually offered for dessert but they have a wonderful (naughty) dessert called kaab el ghzal or gazelle ankles which is a pastry stuffed with almond paste and topped with sugar whilst still hot. Another specialty is halwa chebakia which is deep-fried dough, soaked in honey and sprinkled with sesame seeds. Fez has its own specialty – jowhara. It is made with waraq, or filo, pastry, cream and toasted almond slices and is wonderful.
You will find string beans, pickled artichoke and pickled cucumber is common which you should avoid and it is very easy to do so. One warning is to realise that most of their food is cooked in olive oil or argan oil but, in the long run, you will not get much of either.
Take care with mint. It is offered in yoghurt, tea, on meat and vegetable dishes. I avoid it – always. Also aubergine-based salads such as zaalouk, or the braised mallow leaf salad called bakoula or khoubiza which is also made from spinach or arugula and combined with fresh parsley and coriander/cilantro. 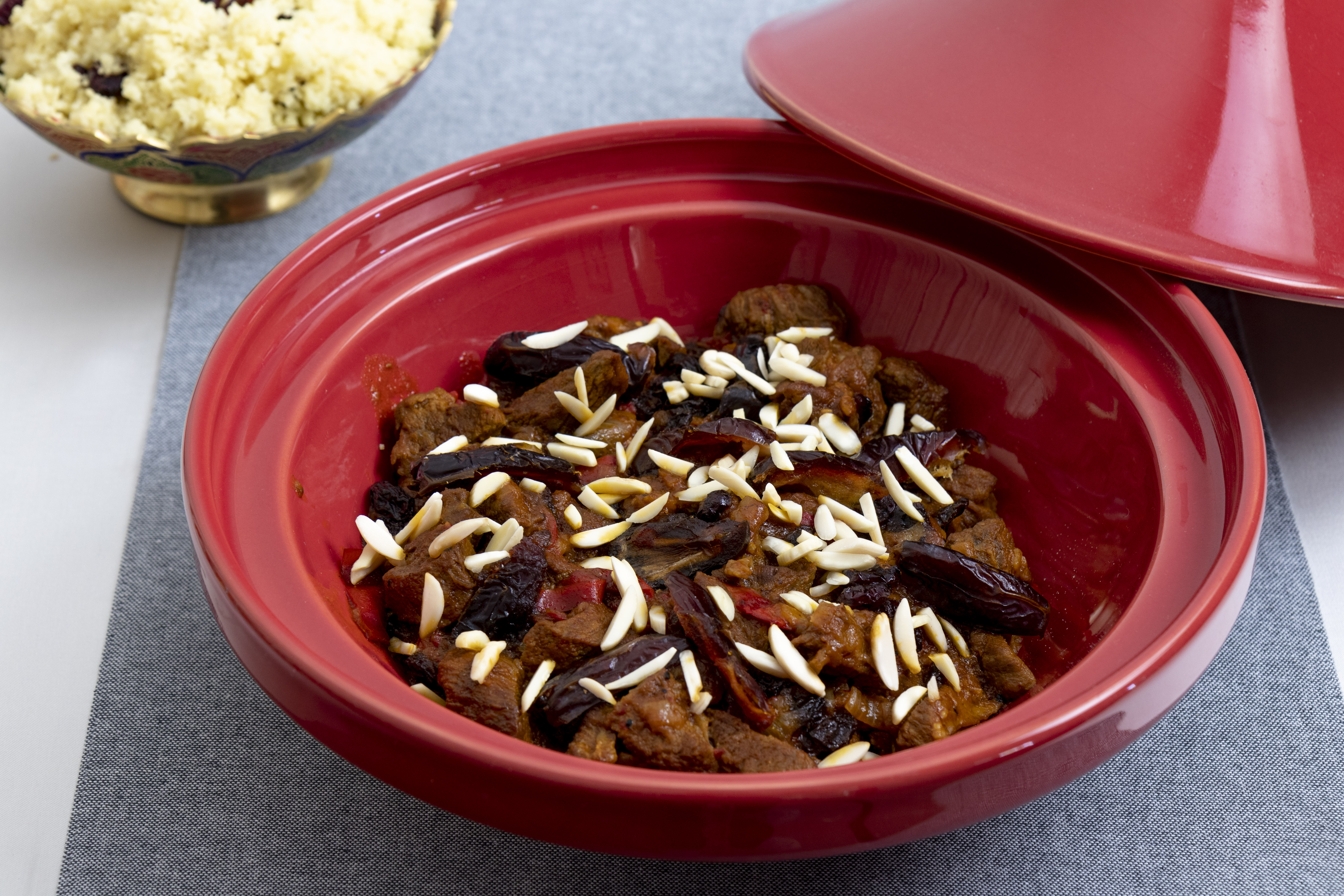 Morocco is a very tolerant country and recognises three particular indigenous influences – Berber, Arab and Sephardic Jews but also includes influences from West Africa and Europe. It is also a predominantly Islamic country and although alcohol is tolerated it is better to not be too indulgent.